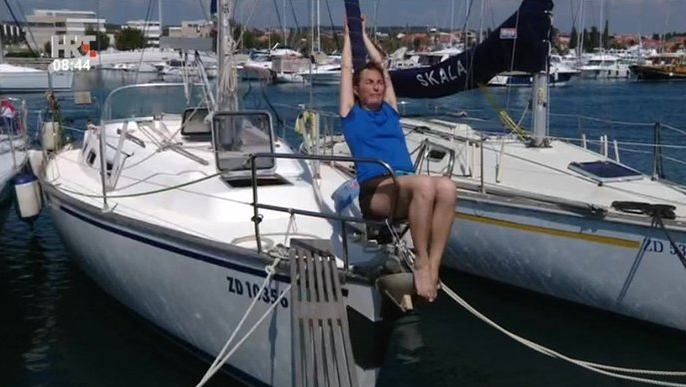 Inspiring people to live from their hearts

One of my deep desires is to inspire people to live from their hearts. The best way I know how to do that is to live from my own heart and then to share my experiences with others. So, when a few weeks back, I was asked by a beautiful woman called Ana Dobrovic, if I would like her to interview me for the Croatian National Television (HRT), I said yes.

During the interview we talked about my life choices that stem from what I believe in my heart is true for me. We also talked about some of the amazing things that happened as a result of living from my own heart. Some of these are my novel The Lady of the Sea, Yoga of Love, and The Sea Goddesses Program. They all serve to help people drop into their hearts, listen to their own truth, and ultimately to fall in love with themselves.

Living from heart – an inspirational interview to watch and to share

The interview was filmed by an expert crew on the dock where my boat is usually tied in Zadar. A part of it was aired on HRT in the show called More (The Sea). A shorter version was also aired in the show called Dobro Jutro Hrvatska (Good Morning Croatia). This version was just posted on HRT Magazine website, so I can share it with you!

The interview is in Croatian, but for those who don’t speak the language, images speak a thousand words, don’t they?

Watch the interview with Branka!

I am Branka Valcic, Mother Mary’s full-body channel, founder of the Sea Goddesses Program, and author of The Lady of the Sea.

This blog is sort of like a treasure box. Have a dig around and see if you will find a piece of treasure that’s just right for you now.